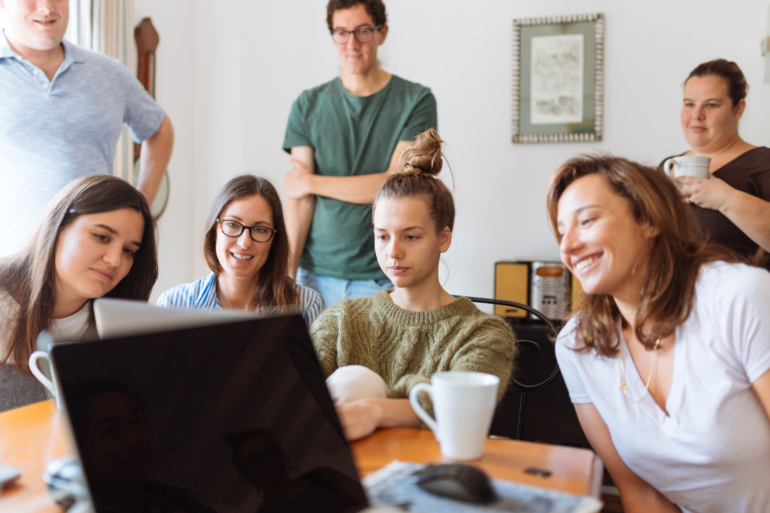 Trash Talk: Prepping Your Teen for Political Conversations in 2020

We live in political times. While it’s up to the political scientists to determine whether the heightened volume of political discourse equates to increased political involvement, it is safe to say that few remain untouched by the talk and chatter of politics.

And alas, much of it is ugly with name-calling, insults, and rancor. It may be challenging to find great examples of how an adolescent should talk about politics or sift truth from fiction. Parents can provide tools and information to prep their teen for political conversations to better engage with political discourse.

First off, there’s a good chance that teens and parents are going to disagree politically. It doesn’t have to be a household divided along partisan lines for there to be ample opportunity for argument and dissonance. Individual issues split along generational lines as often as they do partisan ones, and really, how often are parent and teen going to be in lockstep on any topic, political or otherwise?

Plus side: Here’s a wonderful opportunity to model respectful disagreement. It’s simple when we stop to consider it: all that’s involved are listening skills and manners. Teens, particularly politically socially active ones, are by nature likely to be a little more aggressive in tone—it’s probably a lot to ask an idealistic adolescent to go into any political conversation agenda-free. And that’s fine. Passion is no bad thing, especially in the young. But parents should try to be mindful when talking about the issues of the day not to push their agenda as the “only” way, and also not to be preachy. When that happens, when you are telling vs. engaging, you’ve created a fertile ground for dispute, emotions get intensified, and an opportunity for good modeling behavior is lost.

In our social-media dominated times, examples of negative and trolling behavior centered on politics are myriad. The whole point of this strange endeavor is to stir people up—the political issue, whatever it may be, is a distant second when it is a factor at all.

With this in mind, parents should advise their teen to take no part in it. Don’t respond, positively or negatively, to the forwarded message or clickbait survey. Her time and energy is too valuable to waste on nonsense like that. Let someone else take the bait; she has better things to do.

This goes back to the first point. The teenager is like anyone else: it’s impossible for her to escape the more unseemly parts of our political discourse altogether. So what to do when she does meet up with a particularly virulent or argumentative person?

No matter what, she needs to stay composed, be polite, and comport herself in a way where she can be proud of herself afterward. It doesn’t mean she has to concede her convictions; it only means that point-scoring and personal takedowns have nothing to do with social issues and tend to construe nothing more than bad self-esteem on the part of the person committing them. The teen should be aware of the dangers of sinking to their childish level. Speak to her about these toxic situations, and make sure she knows that if her gut feeling is that the encounter is unproductive, the best thing to do is make a polite, firm exit.

2020 is likely going to be a banner year for toxic political dialogue. It’ll be happening amongst our elected representatives, candidates seeking to unseat them and the public at large on all sides of the equation. It is unfortunate, but that does not mean our teenagers cannot learn and mature throughout the experience and carry away some valuable lessons about engaging and adult behavior, whether the rest of the country does or not. Make sure to prep your teen for political conversations in 2020.