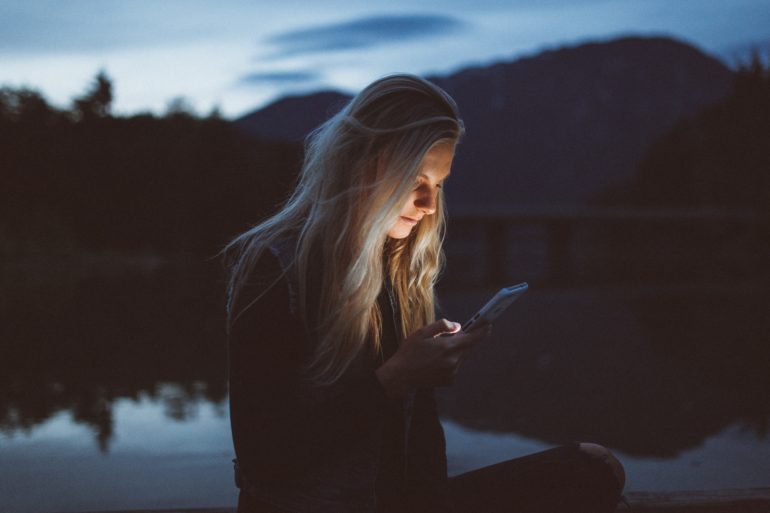 Social Media Use: How Much is Too Much?

The news on social media use by teenage girls can be scary. How bad is it really?

The image is everywhere: teenagers with their heads down, buried in a smartphone screen.  Snapchat, Instagram, Facebook, Twitter, plus many other games and services act as online connectors—you’ll often hear concerned parents refer to social media as an “addiction.” There are reasons to be wary of social media use, but in our interconnected world, online social networks are hard to avoid. As a parent, it’s difficult to know just how much you should worry. Here’s what the science says about the uses of social media, and some tips for making sure that your daughter is following healthy practices.

What Social Media Does to the Brain

Turns out, the word “addiction” might not be quite right, but it isn’t too far off from describing the effect of social media on the teenage brain. In a study conducted by UCLA’s Ahmanson–Lovelace Brain Mapping Center, researchers scanned images of teenagers’ brains as they were shown social media “likes.”

The physiological effects they witnessed did approach the level of addiction. Social media interactions have long been known to release dopamine, the “reward molecule” that generates pleasure and a sense of accomplishment in the brain. Now, researchers could watch as the social “likes” activated the same regions of teens’ brains that respond to seeing a loved one or winning money.

What it Means for Teenage Girls

Because teenagers already trouble self-regulating, the rush of feelings provided by social media use can be especially intense, and they can end up spending more time using social networks than adults. Indeed, a study by the American Academy of Pediatricians found that nearly a quarter of all teens log into their favorite social networks more than ten times a day.

The filter provided by a screen can remove the in-person context from much online communication, leading to interactions that feel meaner than intended—and even make it easier for teenagers to say angry or unkind things from which they might otherwise refrain. There is also a performative aspect to social media. Frequent use can increase girls’ tendency to compare themselves to others, and while of course on social media many identities are carefully curated, photoshopped, and edited to show only a highly stylized and unrealistic portrayal of others’ lives, that context often goes missing.

Though it may not be the root cause of issues like anxiety, stress, or even depression, social media use can exacerbate the symptoms of these issues. It can create new channels that make bullying easier to practice and harder to spot. Some studies have shown links between large social network circles and increased levels of anxiety, and the connection appears particularly strong for teenage girls. While some experts worry that social media can even stunt the development of social skills, there is not compelling enough evidence to yet suggest a link between the two.