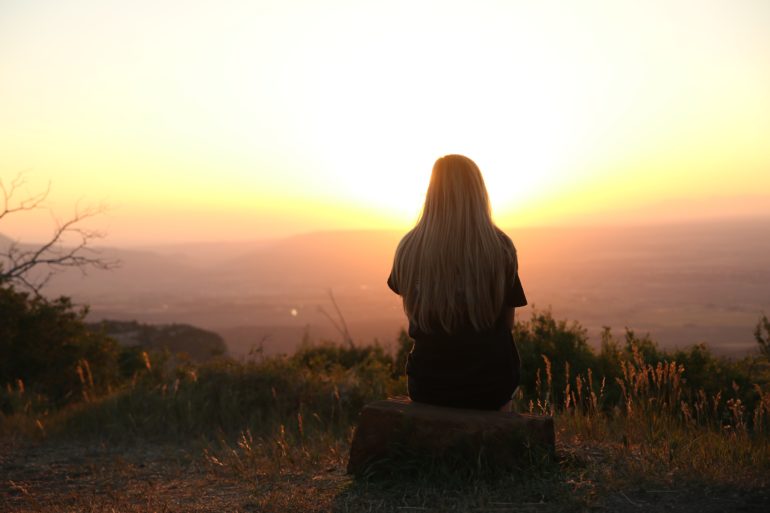 The way our daughters think about themselves and the world isn’t always positive — in fact, all
too often teenager’s mindsets can be dominated by negative thoughts that don’t accurately
reflect the reality around them. These kinds of irrational and self-critical thoughts can create
unhappiness, lower self-confidence and increase anxiety. Some psychologists call these
recurring thoughts cognitive distortions, and the experts have divided them up into 10
categories.
When they form a pattern, these negative ideas can harm a teen’s positive self-image and
sense of well-being, and even contribute to tendencies like depression. It’s important to talk to
your daughter about how negative and self-critical thoughts aren’t accurate or complete — and
help her identify them so that she can avoid their effects.

This is seeing everything in the form of extremes. It can be damaging for teenagers to view their
behaviors — and their self-worth — as either everything or nothing. The inability to understand
that everything is never 100 percent perfect or 100 percent worthless means placing unrealistic
standards on evaluating their own lives and actions. This feeling can be exacerbated by
constant exposure to social media, where others post curated versions of their lives that create
an unrealistic (or completely fabricated) expectation compared to the lives of most teenagers.

This involves using one experience, without any other evidence or input, to form a rule about
the world. If your daughter makes one mistake on her math homework, and then decides that
she is and will always be terrible at math, that’s overgeneralization.

A mental filter means only seeing the negative aspects of life. Teenagers might obsess over one
small point of constructive criticism and ignore the praise and encouragement that comes with it.

Disqualifying the positive means making excuses for why positive experiences aren’t correct or
“just can’t be right.” This is strongly attached to the mental filter. For instance, if your daughter is
selected for an award, but her reaction is along the lines of, “Oh, they only gave it to me
because they couldn’t find anyone else, I’m not really deserving of this award,” that’s a classic
case of disqualifying the positive.

We all know what jumping to conclusions means: making up your mind based on no evidence
that supports your conclusion, before you’ve had a chance to find out more. Experts divide this
into two different types of jumping to conclusions: “Fortune telling” means considering negative
thoughts as truth and holding that opinion without any reason or evidence, while “mind reading”
means automatically assuming that others hold negative opinions of us even before we interact
with them.

Magnification is taking one negative thing and exaggerating it so much that it takes on outsized
importance. Minimization is the opposite: downplaying accomplishments so much that they
seem insignificant, even if they are truly impressive.

Anytime you take feelings as a statement of true fact, even though in your mind you know
there’s no factual basis for this information, that’s emotional reasoning. This is extremely
common — and not just among teenagers. It’s all too easy, especially in charged emotional
situations, to accept our feelings as evidence and truth, rather than calmly and accurately taking
the time to understand the situation that’s triggering them.

If you teenager sets unrealistic expectations for herself, often thinking of things she “must” do,
or saying that she “should” act a certain way, then she is using the negative thought pattern of
“should” statements. Because these are not grounded in reality, the unrealistic expectation they
create can lead to increased self-doubt.

Labeling means assigning unrealistic labels to yourself and others, then creating your entire
worldview around that perception. These are often based in other negative thought patterns, like
the unrealistic expectations of “should” statements, or the magnification and overgeneralization
of small mistakes. If your daughter labels herself or others with negative ideas, it can hurt her
confidence and have negative consequences now and in the future.

If your teenager takes any of the negative thought patterns described here and feels that they
always personally apply to them — even when they do not — that’s personalization. It can be
dangerous to think that problems are always due to personal failures, and that can lead to
mischaracterizing relationships.