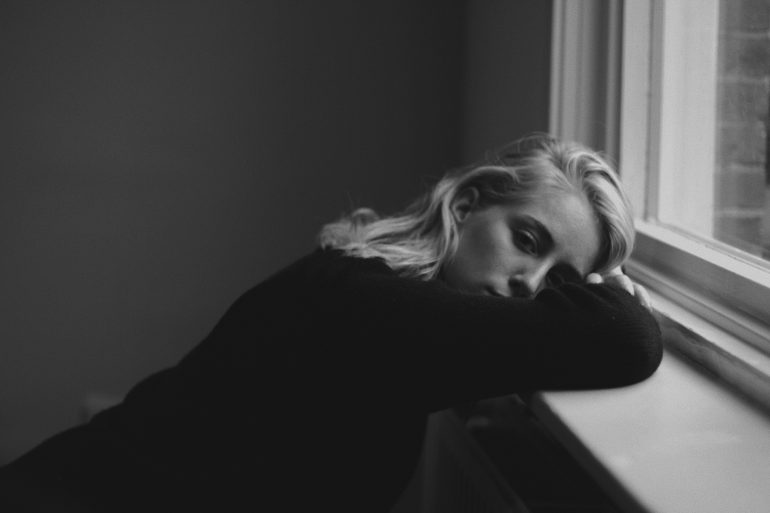 When the Bullying is Coming from Inside the Family

Nobody likes to talk about it.

Your teenage daughter is being bullied. And it’s devastating. She’s depressed. Her anxiety is damaging her social life. She’s losing touch with everything that used to make her happy. When she’s alone in her room and you knock on the door, a brief moment of panic comes…what if she doesn’t answer?

It’s the horror of horrors. And yet still, it isn’t the part that nobody wants to talk about.

That special topic is reserved for the circumstances of your teenage daughter’s bullying – namely that the perpetrator is another family member who lives down the hall.

Nobody likes to talk about it. But we have to.

All across the United States, teenage girls are being bullied by a family member of their own household. The data on the subject is sparse as it’s difficult to study. Most families find it easier to ignore the problem rather than address it. Not just because of the social pressure of admitting that there is significant dysfunction within the family, but because those family members witnessing the bullying genuinely do not know what to do and feel as though they have little control over the situation.

These are the people in a position to stop the bullying. Bystanders doing nothing is one of the key factors in allowing bullying to continue. Hopefully, we can provide these family members with some insight into the situation, and some tips on how they can help the bullying stop.

The perpetrator is most likely a parent or a sibling. Both are equally bad and reveal a failure to protect the teenage daughter, which is tantamount to neglect. This rarely happens because of malicious intentions, though. On the contrary, oftentimes it’s difficult to see that bullying is going on. A parent bullying his or her daughter easily rationalizes the behavior as being in the child’s best interest. Sibling abuse gets dismissed by the parents as rivalry, which again carries an undercurrent of somehow being ultimately good for the bullied daughter, as though it will make her stronger. But real bullying does not make people stronger. It makes them depressed, angry and helpless, and when nobody protects them they will find it impossible to feel worthy of love.

The way to tell the difference between behavior that is bullying versus just tough love is to look at the power balance in the relationship. When one person is repeatedly able to exercise authority over another in a way that is demeaning or manipulative, and the other has no ability to assert any kind of power or independence without repercussion, the situation can clearly be defined as bullying.

Once family members are aware that the teenage daughter is being bullied, they need to make sure they don’t turn a blind eye but find ways to address the problem so it can be properly resolved.

The first step is to seek the help of professionals. There are many family counselors who are specially trained in being able to identify patterns of toxic familial relationships and build techniques to reestablish communications. While this may be expensive and difficult, it’s often necessary in order to repair the deep and complex fissure within the family unit.

Beyond counsellors, there are community programs and churches that offer rehabilitation programs designed to restore healthy boundaries and interactions. Community can play a big part in recovery. Though it might feel shameful to admit there is a problem within the family, having the support of nearby individuals and groups often gives families the permission they need to face the problem and work toward a solution.

However, when the bullying is severe and counseling or community help isn’t available, it’s necessary to separate the individuals for a period of time. If this happens, it’s essential to let your bullied daughter know she’s not being removed from the situation because she has done anything wrong, but that she’s being protected so she can heal in peace, away from the abuser, while the abuser him or herself gets help. Separating the family causes deep insecurity and feels like it’s the beginning of the end. However, when the focus of the outcome is to repairing the relationships, the fear is only temporary.

What’s important to remember is that resolving inner-family bullying does not mean that you are choosing one family member over another. Rather, you are choosing the entire family unit, and choosing for it to be healthy and happy instead of secretly destructive. Everybody in the family deserves better, especially your daughter who has no ability to escape the situation and is being subject to long-term, debilitating abuse.